64
SHARES
55
VIEWS
Share on FacebookShare on TwitterShare on Whatsapp

Content creator Shade Ladipo has taken to social media to blast Burna Boy calling him the most unprofessional artiste in the world.

Without unveiling any more detailed information, the media personality took to her Instagram Story to vent her anger on Burna Boy as she describes him with a demeaning word.

According to Ladipo, Burna Boy is a twat and the most unprofessional artiste in the world. She further stated that his reign will surely end as talent is never enough to keep one on the spotlight.

“The most unprofessional artiste in the world is Burna Boy. Talent is never enough. Your reign will end and we will be here, TWAT=BURNA BOY”.

The reason behind her action however is not clear at the moment as the self acclaimed billionaire did not disclose it.

Burna Boy who is referred to as the African Giant recently made the 2020 Grammy nomination for his album, also named African Giant. The album was nominated for the Best World Music Album. 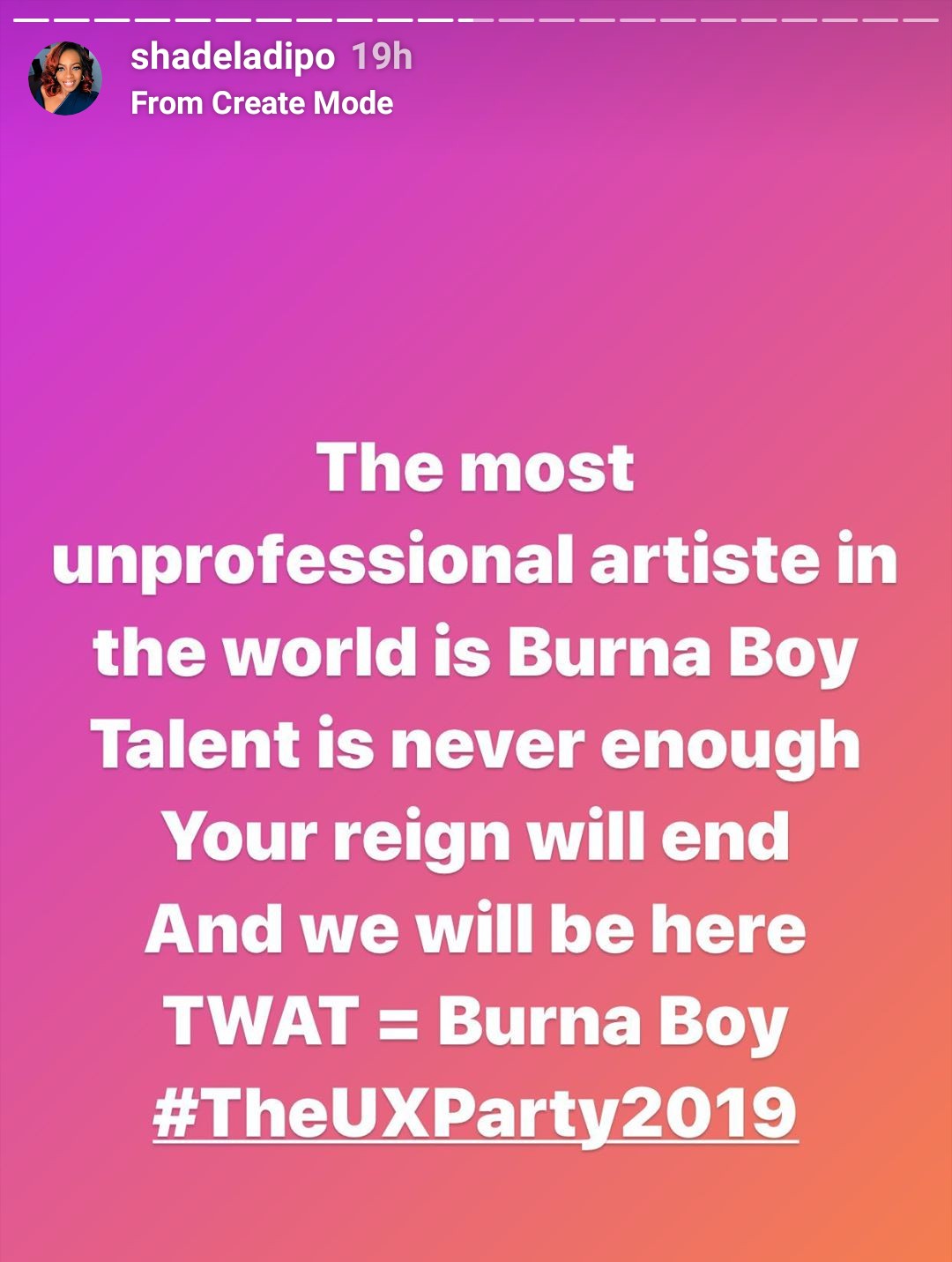 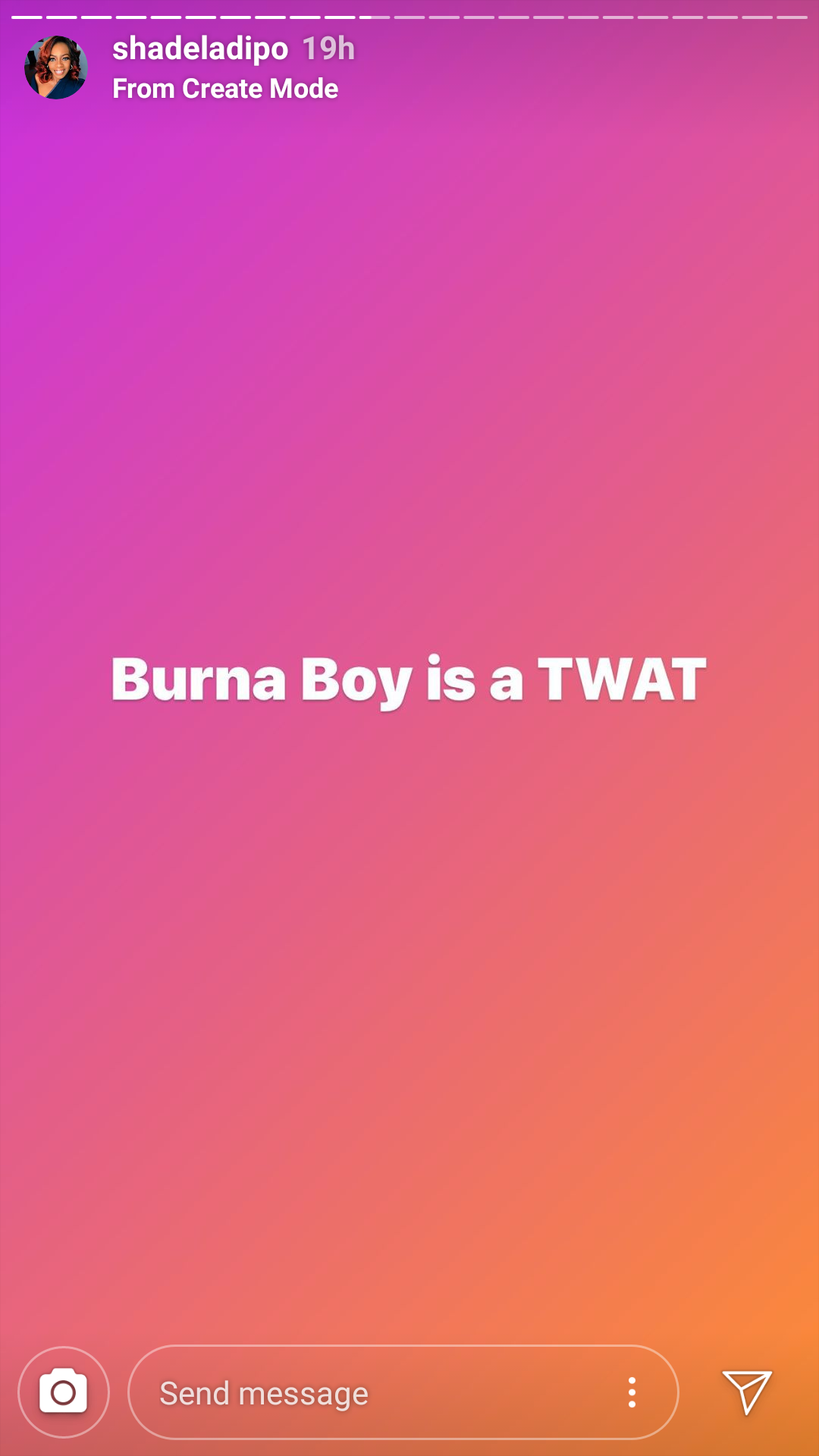