Mavin records music star, Johnny Drille has made a very interesting vow to his fans. He revealed that anyone who is his fan, is entitled to have him perform by default whenever they’re getting married.

Johnny Drille took to his Twitter account to make the promise where he stated that it does not matter who his fan is getting married to or when the wedding will take place because his job is just to sing at the occasion.

“If you’re a Johnny Drille fan I’m automatically the one to perform at your wedding. Doesn’t matter to me who or when you’re marrying, we sha know who’s singing at the wedding. Me! I’m letting you know in advance. Start preparing.” 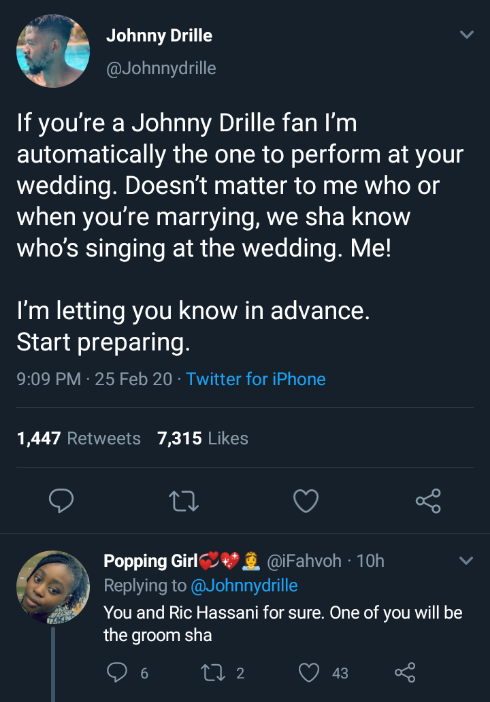 Cubana Chief Priest Cries Out, Says His Family Wants To Drown Him

Sydney Talker whose real name is Sydney Egere is an Instagram comedian, MC and content creator whose hilarious comedy skits...

Cubana Chief Priest Cries Out, Says His Family Wants To Drown Him