Gedoni’s Ex girlfriend Ugochi who is a banker in one of Nigeria’s renowned banks, took to Nathaniel Bassey’s Instalive Halleluyah Challenge, to declare that she has set him free.

“I release and forgive you Gedoni Ekpata. Psalm 64. My prayer for the plans of the Amefule’s and Gedoni Ekpata” She wrote during the live prayer session. 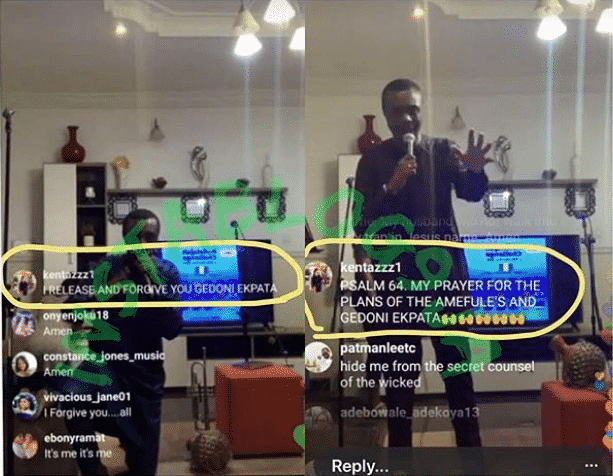 According to rumours, Gedoni and Ugochi were dating before he went for BBNaija, she also even spent money for his votes despite him denying her on live TV.

Recall that on the day Gedoni was evicted from the house,  Nollywood actress Uche Elendu and her friends screamed out their lungs in a video she posted.

According to her, they thanked God that he was voted out for treating their friend that way. (See the throwback post below) 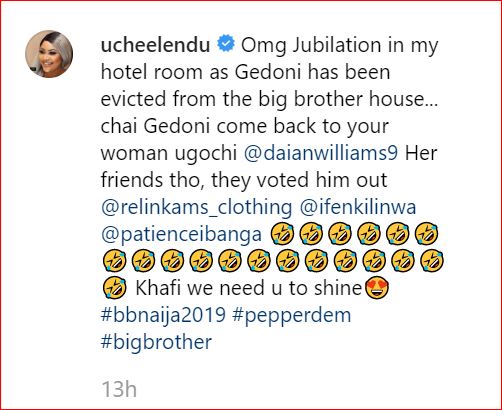 Also, a video of Gedoni  hiding his face while he was spending time with a lady shortly after he left the BBN house, sparked reactions. See screenshot below… 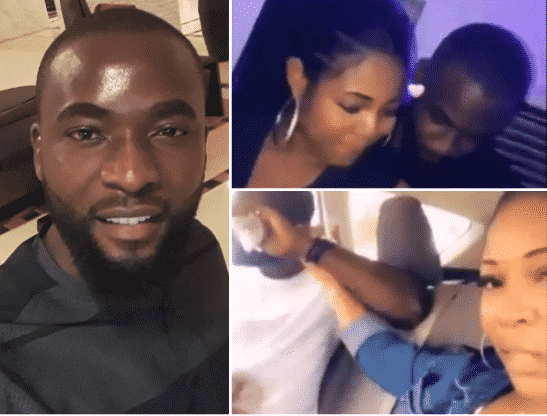 At the Big Brother house, Gedoni and Khafi were quite close and even made news after people said they were intimate but they have both denied the story.

Gedoni proposed to Khafi in December while they were on a vacation in Cape Verde. Watch their Proposal Video here.