It all started after the business mogul shared a photo of himself and Temi on his official Instagram page.

The follower took to the comment section to profess his love for Temi, adding that he will take care of her.

“Sir, hear me out, all I want is Temi. I swear I’ll take care of her,” the smitten follower wrote under the billionaire businessman’s post.

Reacting to the follower plea, Femi Otedola stated that his daughter has a boyfriend.

Mr Otedola responded: “She has a boyfriend oh.” 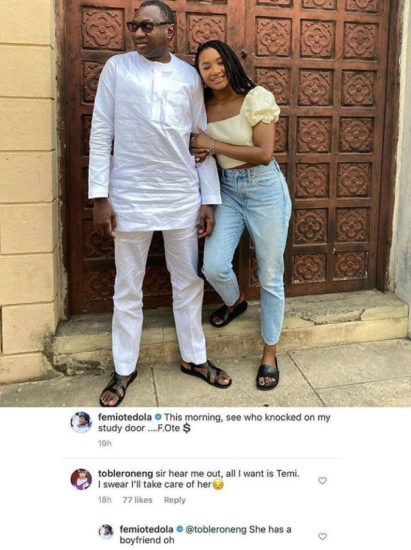