Media personality and show host, Ebuka Obi-Uchendu, has confirmed that he is returning as the host of the 5th season of BBNaija 2020.

Sharing the good news on his social media accounts, the father of two said he can’t wait to be part of yet another magical journey.

“Excited to be confirmed once again as the host of a brand new season of @BBNaija premiering on July 19!!! Can’t wait to be a part of yet another magical journey…But before then, see you tonight on @africamagictv🙏🏾” he tweeted. 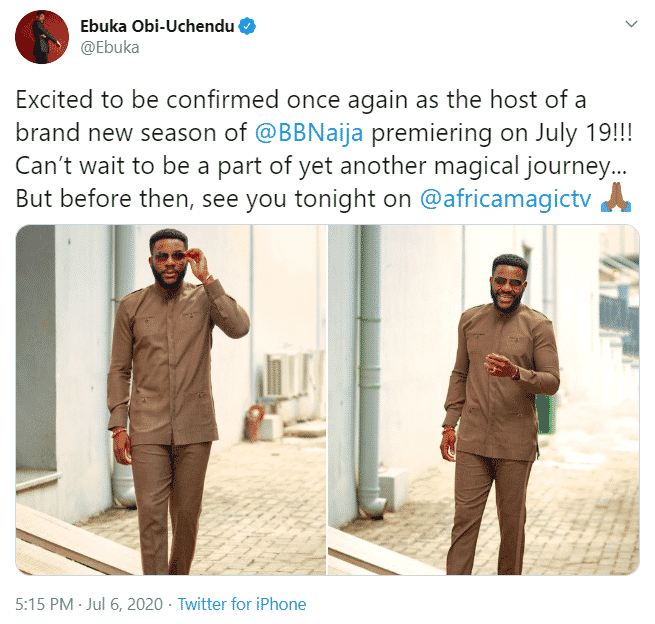 Ebuka who was a housemate in the first season of BBNaija in 2006, has been the show’s host since it returned for a second season in 2017.

Hushpuppi's Prison Details Revealed In The Bureau Of Prisons Website