30
SHARES
33
VIEWS
Share on FacebookShare on TwitterShare on Whatsapp

Chrissy Teigen, the wife of American singer John Legend has been acting so extra with naughty tweets on Twitter after her husband, John Legend was named People’s Sexiest Man Alive for the year 2019.

After been granted the title by People magazine, the 10-time Grammy Award winner said he felt “excited” and “a little scared” by the pressure of following in the footsteps of actor Idris Elba, who was crowned “sexiest man alive” last year.

While many people have been congratulating Legend on his latest accolade, his spouse has responded in a comically sardonic manner to her husband’s recognition. 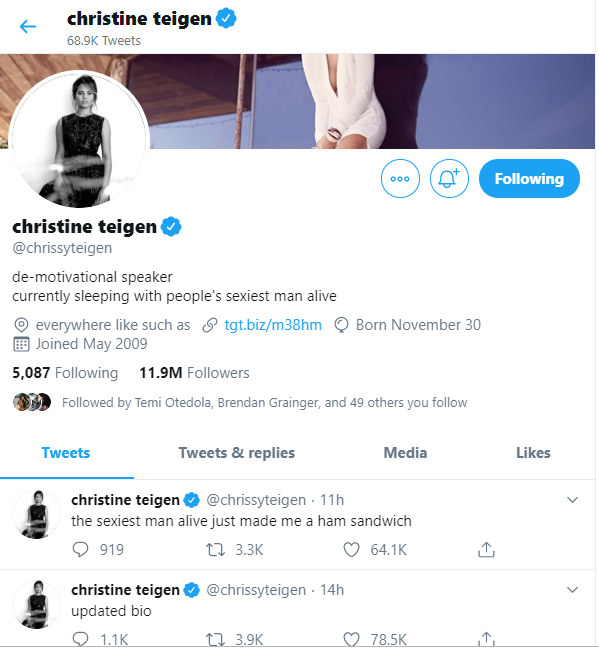