Davido Declares Himself & Wizkid As The Greatest Of All Times, Burna Boy Reacts

16
SHARES
123
VIEWS
Share on FacebookShare on TwitterShare on Whatsapp

Nigerian singer Davido took to Twitter to declare himself and fellow singer Wizkid, the greatest of all time. The Blow My Mind crooner stated that there is no argument about it. He also shared a photo of them to emphasise his point.

In the photo, Davido was seen putting on traditional wear called agbada with a cap on his head. One could spot stainsThe photo also showed Wizkid with stains of white chalk on his head but he had a white wrapper tied around him.The singers’ fans have always had an argument about one greater than the other. As expected, Davido’s post generated a conversation on the micro-blogging platform. 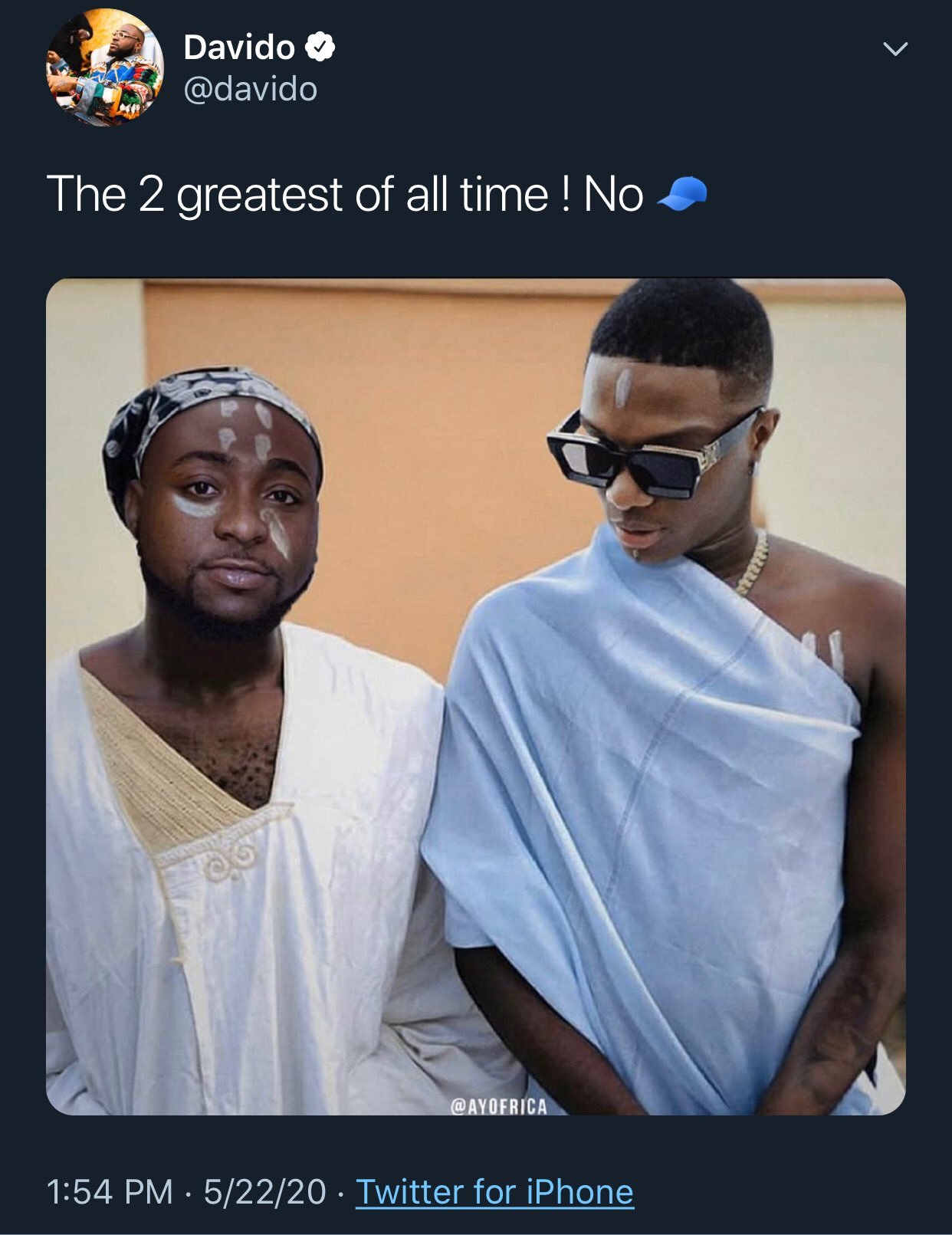 Many have taken to his comment section to react to his post. While some hailed his statement, others think that one has to go for the other. Burna Boy on the other hand thinks Davido got to the top because of his Father’s wealth. Burna Boy has always regarded Wizkid, that’s probably why he didn’t say anything against him.

See below for how Burna Boy reacted; 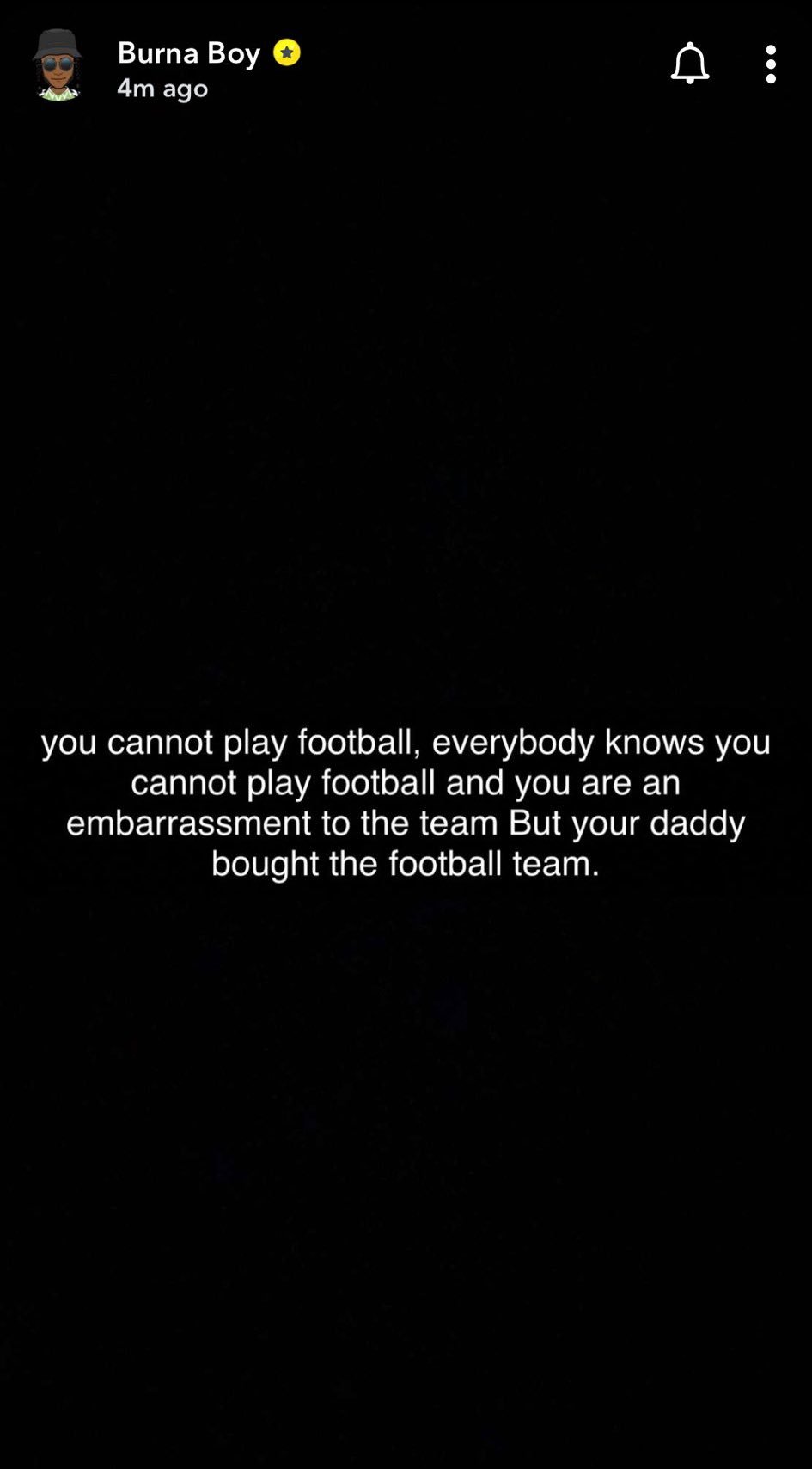